While the weather in PEI is normally chilly and messy this time of year, it seems they have had a lovely warm fall. Meanwhile, I was expecting hot weather in the southern hemisphere but it’s been non-stop chilly (except for one 30 C day in Tassie). But what has thawed me out is the warm reception I get everywhere I go. In Melbourne I’ve been staying with Sally Land, a good friend of my sister-in-law’s family (thank you Terri Lou!). And here is one of the critters that greeted me at Sally’s home when I arrived:

And here is more of the back garden scenery: 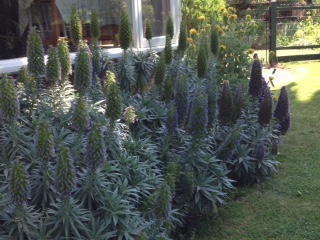 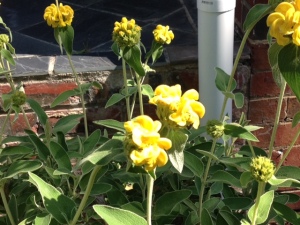 Sally et al. also own a farm or two where they raise beef cattle. I had the great opportunity to visit two of the farms and an auction at a cattle market.

And now for some city touring, beginning with the Melbourne Museum.

I also took a 4.5 hour guided bike tour of the heart of downtown Melbourne and along the Yarra River. Here I am in an alley covered in street art aka graffiti. Can you spot the Canuck?

Our group, which included visitors from Holland, Hungary and two other Canadians, had lunch at Grub, a quirky restaurant off a tiny lane near Brunswick Street.

Art adorned the walls of buildings around and on the restaurant.

After the bike ride I visited the Melbourne Aquarium. I was sad not to see octopus on display, but happy that they were free in the ocean (except for the ones that ended up in restaurants). 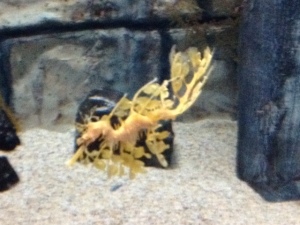 Can you spot the sea dragons?  Now this is Mother Nature’s artistry at its best. 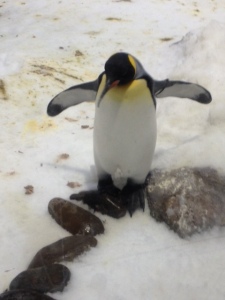 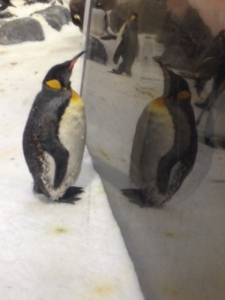 Are they showing off, admiring their reflections, or laughing at all the crazy kids’ antics on the other side?  Do penguins have a sense of humour? I like to think so.

Every day Sally and I have been taking Rosie and ourselves for a brisk walk in the hood or on the farms, but today my host had city chores galore so just Rosie and I took a tour of local parks and streets. Tomorrow I fly to Sydney and Gold Coast to meet more of Terri Lou’s family and friends, and wrap up my Aussie tour 😦

One thought on “Melbourne!”